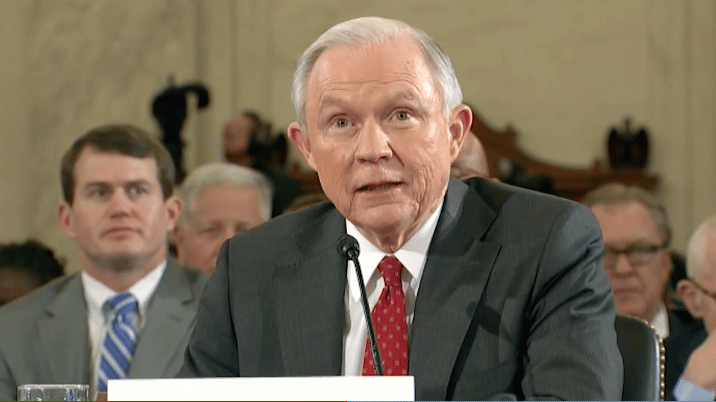 During U.S. Attorney General nominee Senator Jeff Sessions' confirmation hearing this month, the Senator told Congress that if the states prefer to keep the possession, sale, and distribution of cannabis legal then Congress should pass a law that makes it legal at the federal level.

"The United States Congress has made the possession of marijuana in every state, and distribution of it, an illegal act," Sen. Sessions testified. "If that's something is not desired any longer, Congress should pass a law to change the rule."

Upon President Donald Trump's nomination of Republican Senator Jeff Sessions to be U.S. Attorney General, countless cannabis advocates have felt that the Senator's past comments in opposition to cannabis use could undo advances in legalization.

During a Senate hearing in 2016, Sen. Sessions said, "Good people don't smoke marijuana." In the 1980s, as an Alabama U.S. Attorney Sessions said, he thought the Klu Klux Klan (KKK) "were OK until I found out they smoked pot."

During a speech on the Senate floor in 2016, Sen. Sessions said that President Obama was not aggressive enough on cannabis. He warned that the United States was at the brink of succumbing to "another surge in drug use like we saw in the ’60s and ’70s."

“You have to have leadership from Washington,” Sen. Sessions said during his 2016 speech. “You can’t have the president of the United States of America talking about marijuana like it is no different than taking a drink. … It is different. And you are sending a message to young people that there is no danger in this process. It is false that marijuana use doesn’t lead people to more drug use. It is already causing a disturbance in the states that have made it legal. I think we need to be careful about this.”

The Republican senator's comments emphasizing that Congress needs to legalize cannabis to adhere to voters' wishes comes as the political environment is allowing the cannabis industry to thrive.

According to Marijuana Business Factbook 2016, sales of legal cannabis are set to evolve into a $44 million industry by the end of 2020. Investment bank Cowen found that the cannabis industry is set to grow to $50 billion by 2026.