Terpenes and Cannabinoids: What They Are and Why You Want Them Both

A few years into the cannabis revolution, it’s a safe bet that—like most savvy cannasseurs—you’re familiar with the idea of cannabinoids. A collection of fascinating compounds which includes THC and CBD, cannabinoids are often described as the “active ingredients” in cannabis.

That’s a pretty decent way to put it, all things considered. THC, after all, is the cannabinoid responsible for the delightful euphoria we know as “being high,” as well as a host of other, equally fascinating effects in our bodies and minds.

And CBD—seemingly the hot new cannabinoid of the season—is responsible for a wide and growing list of effects on our bodies. Preliminary studies suggest it’s a powerful medicine for pain, anxiety, certain types of seizures, and potentially even cancer (though that particular goal is still a long ways away).

But that definition of cannabinoids falls short in one crucial measure. Increasingly, it’s becoming clear that they’re not the only “active ingredients” in cannabis. Welcome to the world of terpenes!

Terpenes and Cannabinoids: How They’re Different 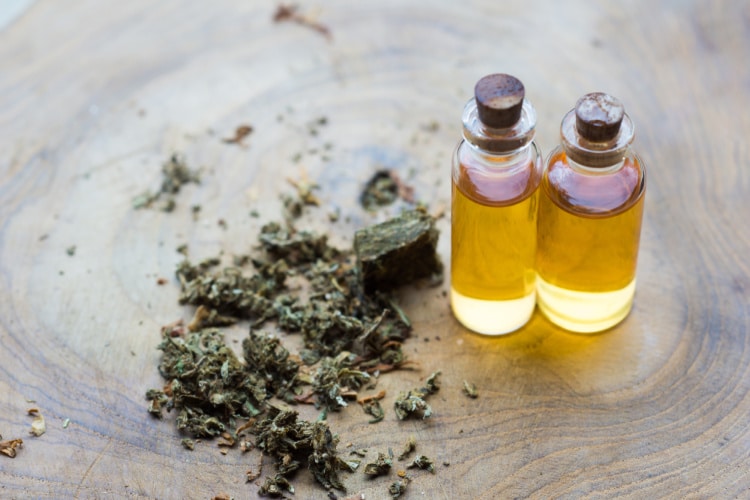 Cannabinoids are responsible for the most obvious effects of cannabis ingestion, including its euphoric and highly relaxing qualities. So far, over 100 of them have been identified, and it’s becoming clear is that no single one is responsible for all the plant’s effects in the body. Instead, it appears they work in conjunction with one another, which is one reason many cannabis advocates prefer “whole plant” as opposed to extracted medicines.

Even if you’ve never heard of terpenes or terpenoids, you’ve sensed them. The spicy, peppery aroma and flavor you’re picking up on? That’s most likely myrcene, the most abundant of the roughly 200 thus identified in the cannabis plant. The bright citrus notes behind the pungent smell of Sour Diesel? It’s probably limonene, another common terpene.

Terpenes are a category of fragrant hydrocarbons—that’s “essential oils” to you and me—that give different strains of cannabis, as well as countless other plants and natural substances, their distinctive aromas and flavors. So far as we currently know, terpenes don’t play as prominent a role as do cannabinoids in determining a particular cannabis strain’s characteristics, but that’s not to say they’re not important. Research has already revealed some startling facts—and intriguing possibilities—about how terpenes interact with our bodies. For instance: 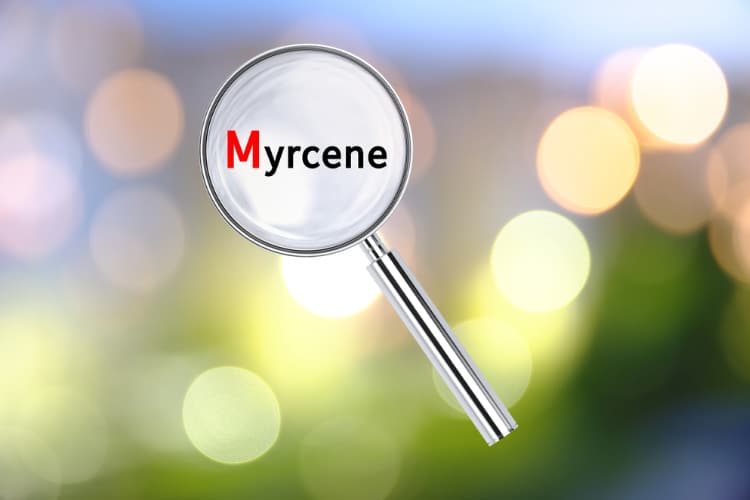 Myrcene has powerful anti-inflammatory and analgesic (pain-fighting) qualities. Its been shown to reduce the perception of pain by helping stimulate opioid receptors in animal-based studies. Studies on humans—as well as anecdotal evidence—suggest our bodies respond the same way as well.

And the myrcene content of a cannabis plant is so important that it dictates whether or not the cannabis will exhibit a sativa-like energizing effect or an indica-like sedative effect.

Limonene: Limonene may have a role to play in medicine’s holy grail: Fighting cancer. Studies published by the University of Arizona suggest that this terpene not only helps regulate our immune system but may also play a direct role in controlling the spread of certain cancers themselves.

Eucalyptol: This pleasantly cooling terpene exhibits powerful anti-bacterial effects, and it’s effective against such nasty bugs as E. coli, Enterobacter, and Staphylococcus. Without any doubt, having cannabis certainly beats having food poisoning.

If you’d like to learn more about terpenes and cannabinoids, we’re always happy to share our knowledge. Stop by our Tacoma or Bremerton locations or drop us a line. We’d love to get to know you better!