There’s been a long-established link between cannabis and depression. But, what characterizes the link has long been the subject of debate. Can cannabis cause depression? Or, do people self-medicate with cannabis because it makes them feel good, while alleviating depression?

Throughout most of history, cannabis has been recognized as having antidepressant properties. In the seminal book published in 1621, “The Anatomy of Melancholy,”  author and English clergyman, Robert Burton, proposed that cannabis be prescribed as a treatment for anxiety and depression. Burton’s contemporaries, physicians in India, were doing just that.

Depressingly, despite the anecdotal evidence, we've only just begun to truly (scientifically) understand the antidepressant (or pro-depressive) properties of cannabis. For that, we can thank the “War on Drugs” — first initiated as a campaign against marijuana by Harry Anslinger in 1930. And, later reignited by President Nixon with an “official” proclamation of war with the enactment of the Controlled Substances Act of 1971. (And, of course, the “drug war” helped usher in a seemingly infinite number of pharmaceutical options -- of questionable efficacy -- to alleviate depression.

Further, due to the pervasive “reefer-madness”-inspired hysteria that fueled most of our drug policies, overwhelmingly, research funding has gone to study the “potentially” harmful effects of cannabis -- until recently. While many researchers spent years accumulating study after study that could demonstrate a causal (cause and effect) relationship between cannabis and depression, over the last decade, a new generation of researchers has systematically debunked most of the studies suggesting cannabis consumption causes depression.

Based on the most reliable research out there, here’s what we know… 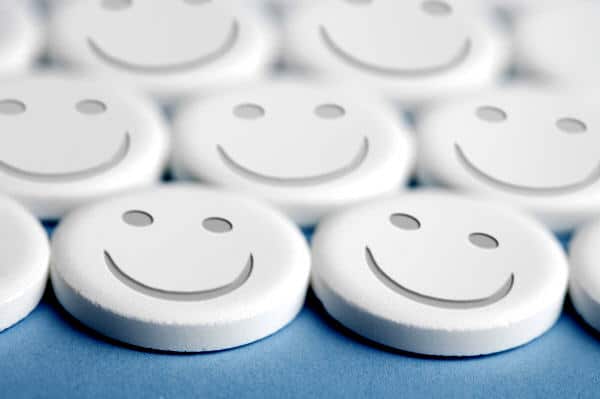 Using Cannabis Does Not Cause Depression

Several comprehensive studies have examined the link between depression and cannabis. In one 2014 study, Swedish researchers followed 8598 men and women (ages 20 to 64) for 36 months. Did they find depression among this group? Of course! Any study of that many people would, simply because it would be statistically impossible not to.

However, what they found is that once they controlled for corollary risk factors for depression such as relationship difficulties, negative life events, alcohol and illicit drug use, the researchers concluded that cannabis was not a significant factor in causing depression.

Another study, published in 2015 in the Journal of Affective Disorders, concluded that data analysed from the National Epidemiological Survey on Alcohol and Related Conditions (NESARC) — the largest study of its kind in the U.S. — did not demonstrate that cannabis increased risk of developing depression.

If a person is depressed — and a cannabis user — they will tend to use more cannabis than cannabis users who aren’t depressed, so says a 2014 study. There’s nothing particularly remarkable about this finding. Depressed people drink more. Depressed people take more prescribed antidepressants and antianxiety drugs. So, this is a pretty predictable finding.

However, there is a lesson here. Another study found that because people who are depressed are at particularly vulnerable period in their lives, they have a greater chance of developing a cannabis use-disorder (or any substance use-disorder, for that matter). Bottom line: it’s best not to reflexively turn to a substance (including food) when you’re feeling blue. Jog. Swim. Meditate. Write poetry. But, avoid intoxicants or medication as a crutch.

Ok, now that we dispelled some of the negative myths, let’s get to the good stuff…

Researchers embarked on a serious study, but don’t be fooled by the name: High on Life? Medical Marijuana Laws and Suicide.  Encouragingly, researchers found that after states passed medical marijuana laws, they experienced a nearly 11 percent decline in suicides among 20 to 29 year old males, and a 9 percent decrease among 30 to 39 year old males.

There were a number of different explanations for the decline beyond cannabis acting as an antidepressant. In those states, individuals were unlikely to get incarcerated for using cannabis and suffer the consequent effects of going to jail. Equally interesting, researchers pointed to a corollary decline in alcohol abuse as a factor. Unlike cannabis, there is clear evidence that alcohol abuse increases the risk of suicide.

THC Is Good For Depression — Yay! — But, There’s a Catch!

A study hailing from the University Medical Center Utrecht in the Netherlands suggested  marijuana could cure depression and anxiety after conducting research that suggests that by activating the endocannabinoid system in the brain, THC can insulate the brain from negative images or emotions.

In Canada, Dr. Gabriella Gobbi of McGill University, a psychiatrist, researcher and professor, had for years heard anecdotally that cannabis was good for depression — from her patients and students. Likewise, Gobbi took note that scientific literature also suggested patients suffering from AIDS, MS, and other disorders, experienced significant improvement in their moods after treating with cannabis. So, Gobbi and her research team conducted an experiment — on experimental animal models (aka “lab rats”).

They found that low to moderate doses of THC acted as an antidepressant. It even increased serotonin levels in these unsuspecting “lab rats.” We’re not sure if the rats were able to do any talk therapy, as well, but given the fact they are — eh hem, rats — we doubt it. However, high doses of THC elicited the exact opposite result and caused the unfortunate little guys to develop symptoms consistent with depression. We assume they were likely lounging around in bed, eating little more than Doritos “Cool Ranch,” while listening to Cat Stevens’ “Greatest Hits” over and over again.

Of course, beyond the obvious fact that this was a study on “lab rats,” not humans, it’s important to note that the rats were injected with synthetic THC only — no CBD. Accumulating evidence suggests CBD, the most prominent largely non-psychoactive constituent in cannabis, provides a potent counter effect to potentially adverse effects of THC. (Hence, why, don’t limit yourself to strains that don’t have CBD — CBD is our friend!) Nonetheless, the researchers findings are consistent with the theory that THC is biphasic — that is, low to moderate doses produced desired effects, while too high of a dose elicits effects most people seek to avoid.

Could CBD Be An Antidepressant?

From the quickly accumulating evidence, it sure seems so:

In a nutshell, evidence points to cannabis as being potentially beneficial to treat depression, though the evidence is inconclusive. Likewise, it’s also not likely a significant factor in causing depression. More likely, if a person is depressed, he or she may self-medicate with cannabis. And, most importantly, we should always keep in mind that feeling depressed — even being clinically depressed — is a condition that eventually passes. Ultimately, we can do things to more quickly emerge from having those unwelcome depressive feelings — therapy, exercise, healthy eating, talking to friends, socializing, etc. are all great ways to alleviate depression and keep it away!!

Of course, many people find cannabis helps them alleviate stress, and there are fewer greater risk factors for developing depression than high stress. So incorporating moderate consumption of cannabis with a healthy lifestyle, may very well be a great combo to keep depression away. Buffalo’s Research Institute on Addictions (RIA)’s Samir Haj-Dahmane, PhD, a senior research scientist who studies chronic stress and depression observed: “Chronic stress is one of the major causes of depression.” Haj-Dahmane explains, “Using compounds derived from cannabis — marijuana — to restore normal endocannabinoid function could potentially help stabilize moods and ease depression.”